This trek combines the old Dagala trail to the Shemakha village south of the capital.  In the olden days the people of this village would trade between Bhutan & Tibet.  They only had barley and cattle to trade.  Then around the beginning of the last century they got the blessings from a man called they called “Mr. Scissors”. During those days the Bhutanese referred any visitors in pants as scissors meaning a resemblance of scissors without any undercurrent meaning.  George Bogyle, an explorer and officer in the British East India Company,  brought  with him apple and potato seeds to the Himalayas, which became great commercial crops to the farmers.   The village of Shelmakha turned out to be one of those blessed regions and is now one of the leading potato growers in Bhutan.

The area is also famous for alpine plants and herbs that are used in traditional Bhutanese medicine.  Set on the eastern slopes of one of the Dagala ranges, the region is still dominated by pristine forests.  To the west they have the entire Dagala ranges, its lakes and their  guardian fairies.  Most Bhutanese farmers are animists so the mountains, forests and lakes become very much part of their daily lives.

The  fall months of late October to November guarantees clear weather and good views of the Himalayas.  And if you are flower lovers, then late spring is the best time for this trekking.   The region is marked by lots of wild life such the mountain goat, the sambar, wild boars and even  Himalayan tigers.  Of course, the views of mountain peaks are great and you will also be rewarded with views of Mount Kanchenjunga– the third highest mountain the world.   Among the Dagala ridges you will find numerous lakes filled with brown trout.   Every lake has its myths. The center of the range is called Jomo which means the female deity that protects the animal kingdom. For the farmers & the nomads, Jomo is important as cattle & horses are vital for them. Whenever animals get sick or die, the farmers believe that Jomo is upset so they perform rituals to bring peace with Jomo. That is one reason why the Bhutanese are so reverential to their mountains and lakes since they belong to the Jomos and every year the farmers have a ritual dedicated to the Jomo.

Similarly there are other deities who guard the other elements of the mother earth. The Tsens are the guardians of the special areas where  mines are present.  The Gang-Tsens guard the ridges. The Mems guard the valleys and the Dratsens guard the cliffs. Tsomems are the guardians of the lakes, ponds, and rivers.  The Lus guard the rocky terrains and the underground.   The Bhutanese  must keep peace with these guardians since the humans are believed as refugees on the planet.   Even though Bhutan has lots of mines such as the gypsum, iron, gold, silver, aluminum, copper, limestone, marble, and granite,  but large scale mining is missing and is not encouraged as a respect to these guardians.  These mines are considered as the treasures of the planet and if mined the earth become sterile and unfit for living.

Even with the inevitable,  but gradual,  development of the kingdom, where the “power of money” is considered as a vital force in life, nevertheless over 90% of Bhutan’s populations are still ardent believers of these animistic values. Experience this beautiful trekking experience by adding this to any of our existing programs to the kingdom OR just call us to customize a program just for you. 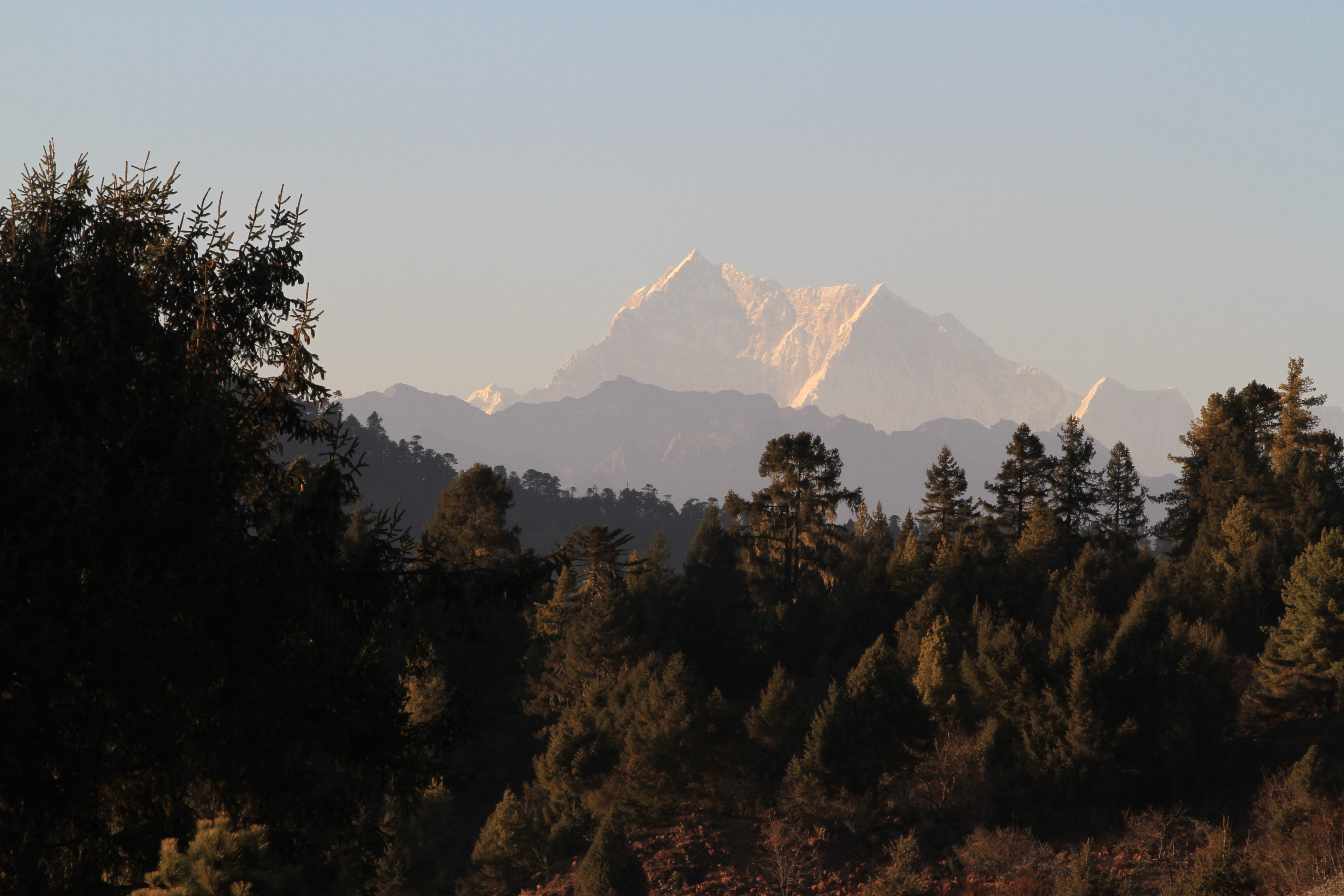