Trod the Trails of the Nomads, Yaks & Yetis

This very special Bhutan Travel exploration into the newly opened eastern regions of the Kingdom in the isolated areas of Merak & Sakteng offers you an exciting  opportunity to blaze trails into an ecological hot spot in the Himalayas.  First pioneered by us only a few years ago, this special trekking adventure like elsewhere in Bhutan has many wonderful areas.   However,  due to limited accesses with roads into this region,  most  travel has to be done on foot.  Closed until only a few years ago  to protect the unique cultural heritage of the local Brokpa people and to give peace to the “mythical” Yetis, only a handful of researchers were allowed to visit this area with special permissions.

Your exploration here will take you into the heart of the nomadic tribal lands of the Brokpas– the highlanders and yak herders– who speak a different dialect and wear completely different clothing from the rest of the Bhutanese.  Here you will spearhead the trail as you walk through forests of exotic rhododendrons and magnolias.  Camp on alpine meadows used by the yak-herders…  or go over the lonely ridges and mountain passes in search of the elusive yetis – as numerous yak-herders have claimed either to have seen the “animal” or to have discovered its tracks crossing the high passes.  Renewed interest is due to the fact that British scientists are currently continuing to analyze some hairs found in a den around here some of which had roots attached providing DNA.  After some testings,  Bryan Sykes, Professor of Human Genetics at the Oxford Institute of Molecular Medicine and one of the world’s leading experts on DNA analysis, reports in The Times of London:  “We found some DNA in it, but we don’t know what it is.  It’s not a human, not a bear nor anything else we have so far been able to identify. It’s a mystery and I never thought this would end in a mystery. We have never encountered DNA that we couldn’t recognise before.”  But to the locals this is not news…. strange snowmen are pictured in old Tibetan and Bhutanese scrolls, manuscripts and murals. Accompanying these drawings are lengthy descriptions of the elusive creature; its habits, appearance, and accounts of its attacks on humans and Yaks….

Everything in the eastern regions of the Kingdom is yet to be visited… it is a world of unexplored regions, fascinating cultural escapades, great scenery and natural mysteries.  Be the first to  explore its many riches.…Perhaps, even an encounter with the Yeti in this Migoi National Park– which was specifically set up to protect the Migoi– (Yetis) as the Bhutanese refer to them.  This is also one of the first community based tourism in Bhutan.

After your trekking adventure in the east you will proceed across the kingdom on your journey westwards through one of the most rewarding cultural, social and scenic sojourn into the kingdom.  Traversing  westward you will stop at Bumthang– the birthplace of Bhutanese civilization before continuing on to the rare and beautiful glacial valley of Phobjhika– site of the winter home of the sacred and endangered Black Necked Cranes.  Then onto Punakha the winter capital.  Your last few days will be spent in Thimphu the capital before ending your  memorable trip in the beautiful valley of Paro.  Of course, all along your journey, you will travel the  heights and depths of the kingdom.….  You will pass through beautiful river valleys and adventurous ridges of farmlands…. you will go through forests, water falls and groves of magnolias, rhododendrons and many other fascinating and exotic species of plants, trees and ferns.   On your trip you will explore dzongs and roam through historic villages.… go on a pilgrimage hike to the Tiger’s Nest…. pray at the 07th century Kyichu Lhakhang…  Hike along the high passes overlooking the snowy peaks…   The overland journey westward will be both breathless and breathtaking in scope and range. Truly a wonderful way to experience a memorable trip in the Dragon Kingdom.  Intense explorations, vivid sightseeings, thrilling  treks,  interesting day hikes,  and a wealth of visual, natural, and cultural experiences will create an exhilarating visit  to one of the world’s most untouched and fascinating places in truly a fascinating way– as you enter the kingdom in the east and end your trip in the west. 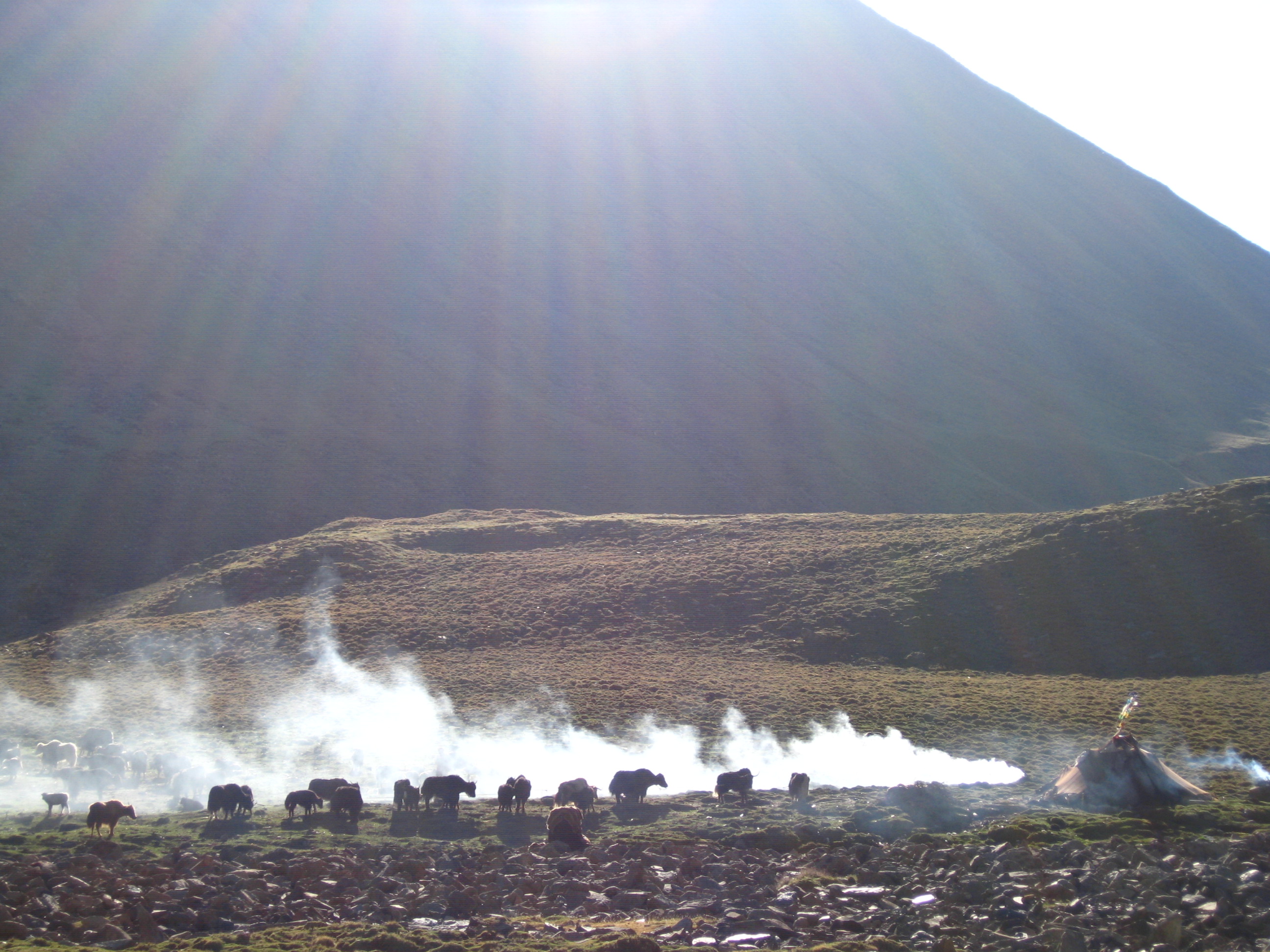