Witness The Sacred Naked Fire Dancers In The Winter

Happily celebrate your winter holidays in the high mountains of Bhutan where you can truly appreciate the beauty of the kingdom and its friendly people. The mystical kingdom of Bhutan is arguably the most inaccessible and culturally rich of all the Himalayan kingdoms. Ecologically, Bhutan is a hot spot in the Himalayas and 65-70% of the land is decreed by law to be kept under forest cover. The number of visitors is restricted by a government regulated tour and tariff system. This policy ensures protection of its natural habitats and also that every Bhutanese benefits from the income generated by tourism– a major portion of which goes towards free universal health care and education for everyone… a consolidated effort to bring happiness to all its citizens. Geographically, it is an interesting place starting with the sub-tropics in the south with 150m/500ft above sea level, to temperate vegetation at 2000-3000m / 6,560-9,850ft and then to Alpine vegetation above 3000m / 9,850ft in the north. This variation allows many species of fauna and flora to thrive happily in many different zones. Winter is a wonderful and elated time to be exploring the kingdom of Thunder Dragon ! Triumphantly, there aren’t many tourists in the kingdom; the crops are in, village rooftops are bright red with the colors of drying chillis, and the pace of life in the villages is slow as villagers spend most of their time cheerfully basking in the winter sun or more often involved in the national sports of Archery. More often than not, the skies are crystal clear as far as the eye can see with snowcapped mountains forming a brilliant white against the backdrop of azure skies. On your special winter program you will pony trek up to the Tiger’s Nest from where you will enjoy the great peaks of the Inner Himalaya in the crisp clear air of year’s end, when days are usually brilliantly sunny and nights full of stars. You will visit the colorful markets…. you will travel east to the warm Punakha valley– the ancient capital. Perhaps the most glorious part of your program will be to witness the annual religious festival of ‘the scared naked dancers known as Ter Cham and Mewang-the fire blessing’ ceremonies. You will travel over dirt road and then walk the final mile to a remote village of Nabji to witness this rare event.

Your winter exploration will also be a cultural exploration with short hikes into villages and temples. Your joyous journeys will take you over ridges and into wonderful landscapes… inside small hilltop monasteries and scattered villages… you will get into the heart of the  countryside and measure its pulse... Your adventure into the kingdom will be adventurous and highly oriented towards learning, exploring and interacting closely with the people and places of the kingdom of the Thunder Dragon. You will learn why this small kingdom has managed to project the idea of Gross National Happiness throughout the world with the result that the  United Nations has now designated March 20 of every year as the World Happiness Day.... where now even the most noted economists in the world are promoting the idea of a more inclusive, equitable and balanced approach to economic growth that promotes sustainable development, poverty eradication, happiness and the well-being of all peoples– instead of just the ordinary GNP.

On your special winter trip you will cross the Black Mountains into central Bhutan and into Gangtey, winter home of the great, beautiful black-necked cranes, the Birds of Heaven, who make Bhutan their refuge from the icy, cold snows of Tibet. These endangered species of black-necked crane is the least known, most difficult to see and last to be discovered of the cranes, the largest flying birds in the world, and according to Peter Matthiessen, “magnificent and stirring creatures, heralds and symbols of all that is being lost.”   In Bhutanese and Tibetan folklore they are considered almost supernatural, and it has never been scientifically explained why each and every year, they circle Gangtey monastery three times upon arrival and again when it is time to depart– just like the Bhutanese do. In Bhutan such mysteries are taken for granted! 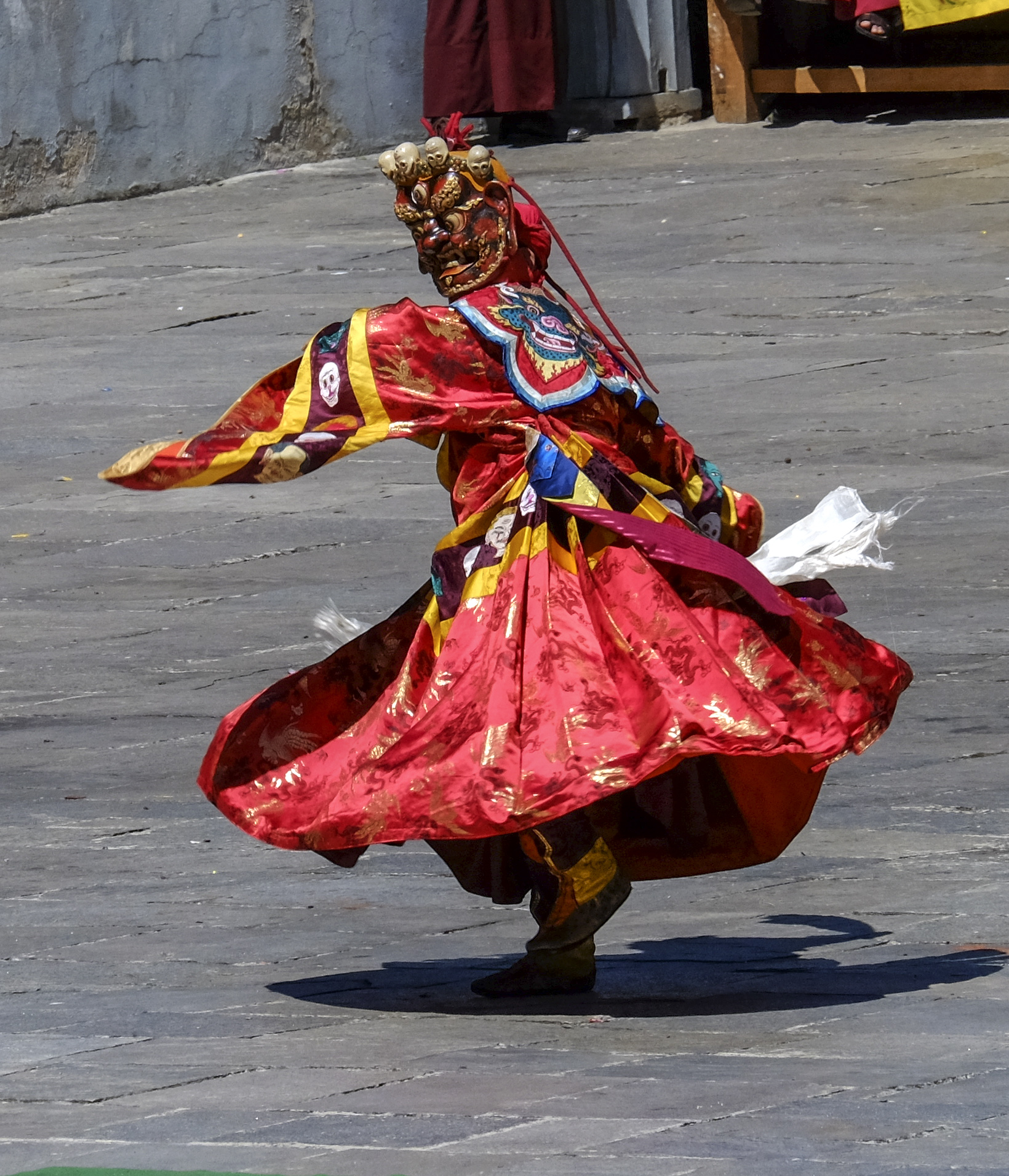