Ngang Lhakhang– the Swan Temple–  is a private temple built in the 15th century by a Tibetan lama Namkha Samdrup who also built the Namkhoe  Lhakhang in the Tang valley.   As Lama Namkha Samdrup walked from Lhodrak Kharchu in southern Tibet and walked around Bumthang he noticed a beautiful white Swan came flying in circles and landed on the spot where the temple now stands.  The Lama considered this an auspicious sign and decided to build his residence here.  In the late 19th century when it was found out that  the temple was not maintained properly, and at the time of King Ugyen Wanchuck, it was taken over by one of the lama’s collateral lineage.

The temple was restored in the 1970s.   The community holds a festival here on the 10th month of the Bhutanese calendar and the family members from the two main lineages of Samdang Dung (said to be– descendants of the 8th c. Tibetan King Trisong Detsen) who had settled there, and the Ngang Lhakhang Choeje, heirs of Lama Namkha Samdrup, play a central role.   Legend has it that the site was also visited by Guru Rinpoche.

Our four days Cultural Trek from Bumthang during this annual festival will take you through the beautiful valleys and along clear, trout-filled rivers. Bumthang is often known as the ‘cultural heartland’ of Bhutan and there are plenty of ancient  temples en route to visit during your hike.  In addition, you will pass through several small villages where you can stop and discover.  You will trek across beautiful meadows and through dense vegetation of mostly bamboos and bushes, crisscrossing several mountain streams.  Starting your Cultural Trek you will climb through cool, sunless wooded forests of birches draped by Spanish moss.  Depending on the season, many birds are seen or heard here. A long and gradual climb continues through a rhododendron, juniper forest in a dry gulley to Phephe La pass at an altitude of 3,340m, marked by prayer flags and stone shrine.  You will continue your trek across the meadows and then through the area with dense vegetations of mostly bamboos and little bushes, crisscrossing several little streams.

On your descend you will pass through  deep forests and across streams, after which it will be a wonderful walk breaking out of the forest into broad meadows with grazing yaks, cows and sheep— reaching the broad Tang Valley with some rolling hills and meandering Tangchu river.  Your campsite will be in a wide meadow beside the river near the village of Gambling.  Your trekking trip will combine with day hikes and walks before and after your trekking program taking you to the important monasteries of the kingdom including a day hike to the most famous– The Tiger’s Nest.

Discover the weekend market at the capital.  On our trip you will visit, explore, investigate and discover the Haa and the beautiful Paro valley.  You will investigate Punakha the ancient capital and then  embark onto the glacial valley of Phobjhika to see the Sacred  Birds of Heaven taking shelter every winter.   On our special winter Cultural trek and tour you will embark upon a colorfully detailed,  elaborate visit and experiences in the west,  central and eastern regions of the kingdom. 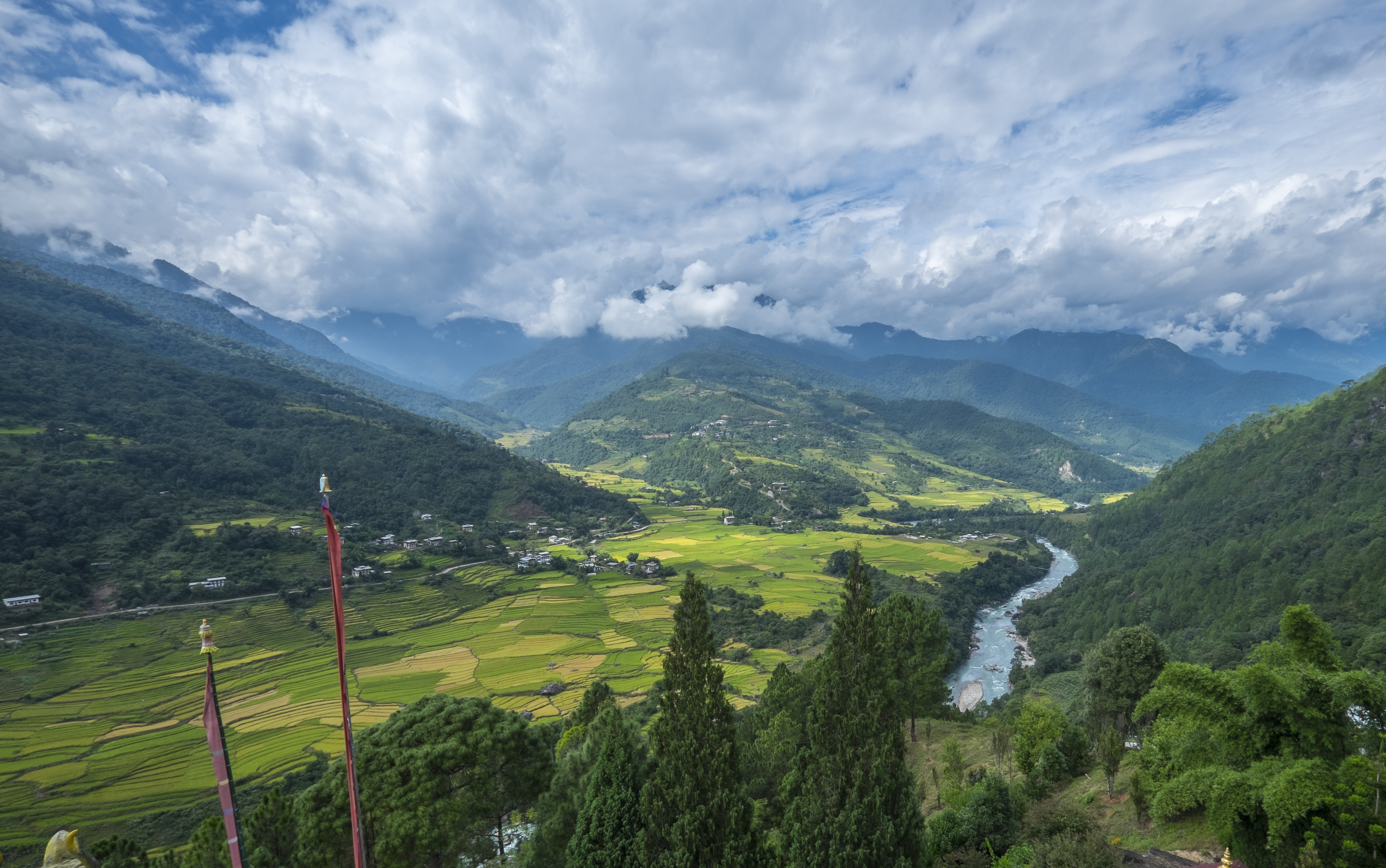