Bhutan is a small kingdom wedged between the two most populated countries of China and India.  The World Wildlife Fund says that though “Bhutan is one of the smallest countries in the world, its commitment to conservation is bigger than most.” Conservation of the environment is one of the four pillars of Bhutan’s Gross National Happiness philosophy. As mandated in its constitution, Bhutan preserves (at all times) at least 65 percent of its land under forest cover and is home to the highest percentage of protected land in Asia. Evidence of this commitment to conservation is everywhere in Bhutan. Native wildlife—including endangered royal Bengal tigers, elusive snow leopards, elegant black cranes and elephants—all roam free in the country’s 5 million acre network of protected areas.  The people of this Buddhist kingdom can hold on to a fundamental birthright: Living out life in a healthy environment.  Most of the kingdom consists of intact pristine forests interwoven with free flowing rivers.  Its forests help keep the world’s climate change at bay by absorbing carbon dioxide.  The world benefits in other ways, too.  Bhutan is in a region that provides much water for one-fifth of the world’s population in India.  It is at the heart of the Eastern Himalayas, which is one of the world’s 10-most biodiverse regions.

Geographically, it is an interesting place with the sub-tropics in the south (150m above sea level); to temperate vegetation (2000-3000m) and then to Alpine vegetation (above 3000m). This variation gives  many species of fauna and flora to thrive here.  Since hunting is prohibited, the fauna is well protected. Bhutan Travel’s  Wildlife & Nature program will take you through the beautiful valley of Paro and Haa in the west  to the mountain-rimmed capital of Thimphu.  From there to the warm valleys of Punakha and then to the Jigme Singye Wangchuk National Park and from there into the central Black Mountain glacial valleys of Gangtey. Ideal for travelling in the winter months of November to early March with an assurance of clear blue skies and guaranteed wildlife sightings– some of which will be the capped langur, rhesus monkeys, goral, takin (national animal of Bhutan), the graceful black-necked cranes and the beautiful white-bellied heron (both endangered birds in the world) and some deer species. Other possible sightings will be panthers, red pandas, leopards, serow, Himalayan wild dogs, musk deer, pine martins, wild boars, otters and Hibernating Himalayan Bears. In winter, most bears come down to the lower valleys, somewhere around 5,000 feet. They spends days sleeping in the caves or in the hollows of trees, emerging at sunset to seek food.  And– even tigers.  Recently, tigers were actually photographed in Bhutan at altitudes of over 14,000ft –for the first time. Of course, the locals always had “stories” of tiger sightings and sometimes even “attackings”– but no one believed them !

Culturally speaking, nothing can be a richer kingdom than this Himalayan kingdom of the Thunder Dragon….  Clean air, pristine flora and fauna, unique architecture, smiling people and preserved nature, social and  cultural heritage makes this country an exotic destination.  It is a kingdom with an ancient religion and looking towards a future with the happiness for all its citizens… including its wildlife ! 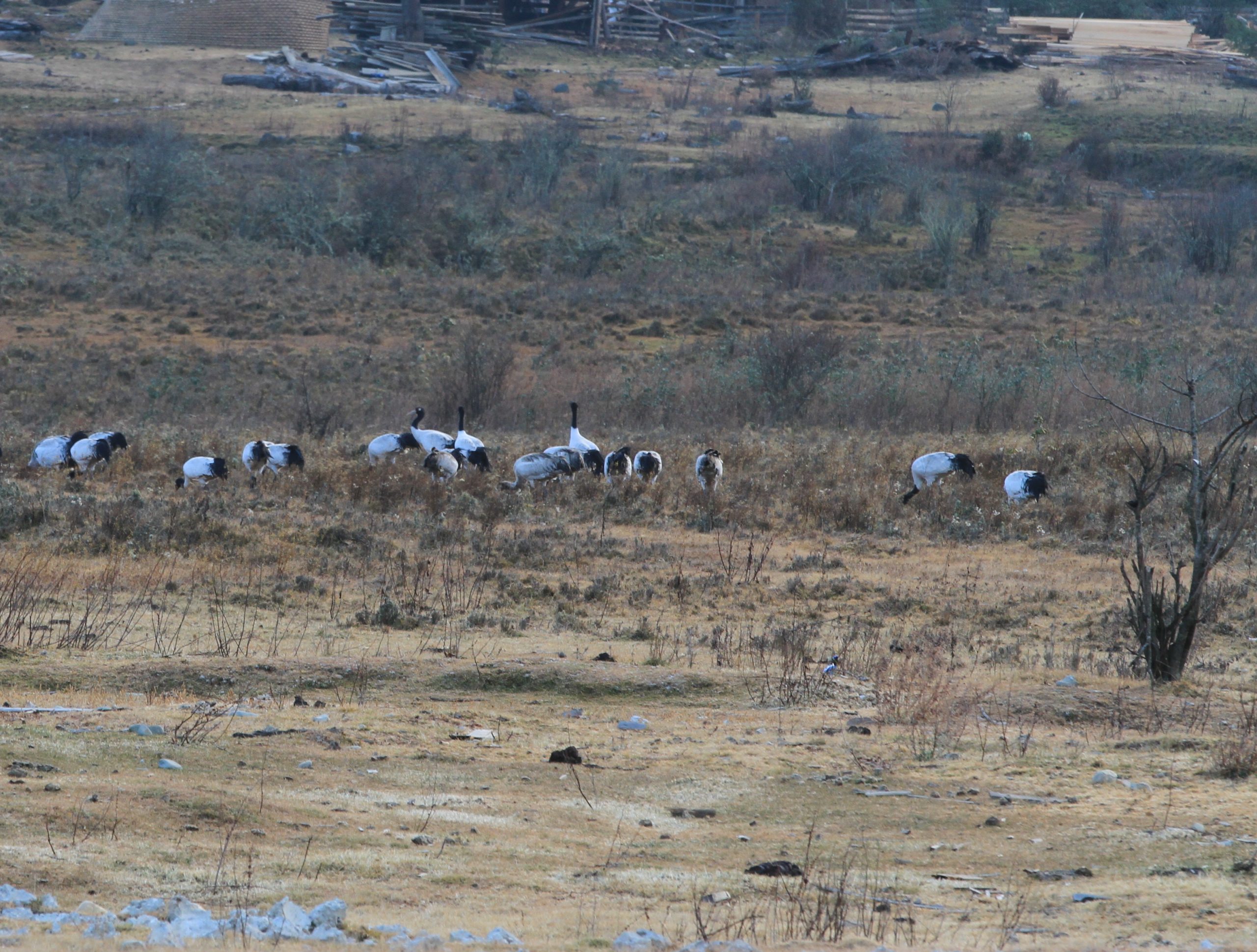